[Update: July 10] Xiaomi Android 10 update tracker: All devices that have received the OS so far

With Android 11 public beta update looming, many Xiaomi smartphone owners are probably less concerned all thanks to the MIUI 12 update that launched on April 27 in China.

In fact, some Xiaomi fans are more inclined towards receiving MIUI updates than Android OS updates due to the sheer number of new features, UI changes, bug fixes and improvements the updates tag along. 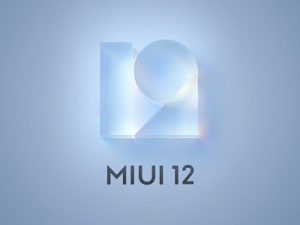 Speaking of Android 10, quite a good number of Xiaomi devices have already picked up the OS. Some will keep it when MIUI 12 update arrives while others will get the official Xiaomi Android 11 update.

Other devices eligible for the Xiaomi Android 10 update are yet to receive the OS, but works are still underway to provide the update. Question is when? Well, only Xiaomi has the answer to that.

From this side of the table, though, we can tell you the devices that have received the official Xiaomi Android 10 update so far for devices sold outside China. Since more devices are yet to get the update, this article will be updated continuously to reflect the latest info available.

NOTE: “MI” means global version Ex: (V11.2.2.0.PFBMIXM). For the Indian, European, Russian, and Indonesian variants, the MI in the global firmware is replaced by IN, EU, RU, or ID, respectively.

The Redmi 7A is now receiving the stable Android 10 update in China, with more markets set to follow soon. More details here.

The Redmi 7 is getting Android 10 in China. See the full story here.

Redmi Note 7 is getting an Android 10 update in China, with the rest of the globe set to follow soon. See the full story here.

Android 10 stable update is now hitting Redmi 8 units in China ahead of the global rollout. See the full story here.

The Redmi 7A is now receiving the stable Android 10 update in India, but still no MIUI 12. Find more details here.

The Redmi 8A Dual is guaranteed an update to Android 10, but there is still no ETA. For more details, route here.

The Indian variant of the Redmi Note 7/7S is now picking up the stable Android 10 update. Head here for more details.