This would make the devices the second ever in the Redmi lineup to bag two major Android OS updates after the Redmi Note 5 Pro that got bumped from Nougat to Pie.

But then again, the info doesn’t come from Xiaomi itself, but from unofficial sources, so it might be wiser to take it with a pinch of salt. Amidst all this, global Redmi Note 8 users started receiving MIUI 12 update.

The update came after months of agony, with device owners having had to keep their cool at a time when their counterparts were enjoying new features baked into MIUI 12.

When it finally hit the ground, some users started reporting that the OTA wasn’t coming through for devices on the global MIUI 11.0.11.0 version.

Xiaomi soon after acknowledged the issue, confirming that a bug-fixing exercise was already underway. There was no ETA, but given how many people the issue affected, a quick solution was expected.

And indeed, not long after, Xiaomi started rolling out a newer version of the MIUI 12 update to Redmi Note 8 units as version 12.0.2.0.QCOMIXM, doing away with the initial version 12.0.1.0.QCOMIXM.

This put a sigh of relief on the faces of Redmi Note 8 users on the global variant after having waited for the update for quite some time. But going by the latest developments, this seems to have been short-lived.

As per the latest reports, Xiaomi has a new MIUI 11-based firmware rolling out to the Redmi Note 8 globally, meaning the recent MIUI 12 update has been rolled back for unknown reasons.

The new MIUI 11.0.12.0.PCOMIXM firmware is rolling out to those on version 11.0.11.0.PCOMIXM. To recall, it is those on the latter version that were unable to update to the initial MIUI 12 update via OTA.

Now that Xiaomi has a newer version 11.0.12.0 for this lot, it is likely that the issue that prevented users from receiving MIUI 12 OTA update on top of build 11.0.11.0 has been addressed.

Granted, global Redmi Note 8 users shouldn’t experience any OTA download issues when the next MIUI 12 update arrives, hopefully soon. We hope this update also brings along some of the missing features.

In the event that waiting for the OTA update is not your cup of tea, feel free to grab the firmware from the download link given below for manual installation, but be wary of various installation errors.

Thanks for the tip, Tsagkaroulakis!

IST 06:45 pm: Xiaomi might start rolling out the global Redmi Note 8 MIUI 12 update in the first week of January 2021 as per the latest reports from the Mi Community. Check out the full story here. 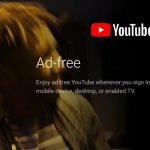 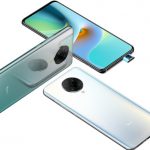