Xiaomi has been rolling out MIUI 12 to eligible devices for the past few months and now, the rollout is coming to its graceful conclusion.

We’ve been following the rollout since the commencement and we have a well-maintained tracker with download links and all the info you need.

Over the past few weeks, we’ve seen the few outlier devices that had not bagged this update finally doing so.

Only yesterday, we got reports that Xiaomi was finally rolling out MIUI 12 to the Redmi Note 8. More on that and the relevant download links here

This was a very welcome move as users of the Note 8 have been eagerly awaiting this update since the Chinese variant bagged the build back in July.

Sadly though, it looks like all is not well with this build, at least according to those who have installed this update on their Redmi Note 8 devices.

According to users, the Note 8 MIUI 12 update is barebones and lacks so many features that they were expecting in the release.

Of course, not all MIUI 12 features were expected to hit all eligible devices owing to hardware requirements but these users are not buying that.

To recall, it is not very clear what MIUI 12 features Xiaomi included in this update owing to the fact that the changelog was pretty much incomplete.

That said, some of the features that users say are missing in the MIUI 12 release for the Redmi Note 8 include;

The disappointment among these device owners is palpable and a quick scroll through the forums (1, 2) only goes to show the level of dismay.

Many of these users are crying foul over this seemingly half-baked MIUI 12 update for their device.

It remains unclear why Redmi Note 8 users have been given a watered-down version of MIUI 12. This is unfortunate, especially bearing in mind the long wait they’ve been subjected to.

We shall continue to monitor this story and update as soon as we get more development so stay tuned.

The missing features may be added in future updates, a Xiaomi feedback team member confirmed on the company’s official forums. More on this here. 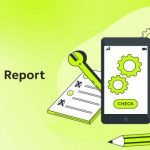