The Redmi Note 7 released back in 2019 with Android 9 Pie alongside MIUI 11. Xiaomi provides at least one major Android update along with a couple of MIUI updates for its affordable smartphones. Thus, the Redmi Note 7 is in line to receive the latest MIUI 12 update.

Recently, we reported that the beta update was delayed for the Note 7 along with a few other devices. Moreover, the new skin was also being tested by Mi Pilot testers on the Note 7 Pro.

However, it’s not just the MIUI 12 update that is awaited, users with the Global variant of the device have also been waiting for the Android 10 update. Late last month, the Redmi 7A units in India began receiving Android 10 along with MIUI 11.

Cut to now, Redmi Note 7 users are beginning to receive the Android 10 update too. This new version has begun rolling out to Global units of the device. Xiaomi has also made an official announcement for the same via the Mi Community.

The version for the new update is MIUI 11.0.1.0 QFGMIXM and it also brings along the July Security patch. A user has also confirmed that the update has indeed begun rolling out for the Global variant.

Further, the update also appears to be rolling out in Indonesia as well. A Mi Community user shared the screenshot of the OTA update arriving in the country.

In case you aren’t willing to wait for the OTA package, you can download the update file via the link below:

The update was first released to users in China followed by a release in India. Unfortunately, this new Android version does not come with the latest MIUI 12 skin. Thus, Redmi Note 7 users might have to wait a tad longer to get the MIUI 12 update.

Although, according to a new report, the device is expected to begin receiving it in August. You can visit our MIUI 12 update tracker to know when it arrives on your device. Also, stay tuned to PiunukaWeb for breaking news on similar matters. 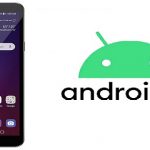