A trio of lower mid-range phones from Xiaomi has just gone for Android 10 beta testing. Xiaomi has been doing this for quite some time now, where, before rolling out any major OS update to the masses, it is first sent out to a few select users, or the beta testing team.

These early users then send out feedbacks to the Xiaomi team to bring improvements in the ROM. And now, as per a recent tweet, the Redmi 8, Redmi 8A and Redmi Note 8, Android 10 is under testing and will be rolled out to the users once it is ready to roll.

This tweet comes from the Twitter handle of Xiaomi Firmware Updater, which is an open-source community that provides downloadable firmware package files for all Xiaomi phones. You can check out the tweet below:

Xiaomi has started Android 10 testing for Redmi Note 8, Redmi 8 and 8A.

Users of the Redmi 8, Redmi 8A and Redmi Note 8 were eagerly waiting for the Android 10 update on their handsets and knowing that Xiaomi has started testing Android 10 for their devices, might give them a breather.

However, users should also keep this thing in mind that, major updates are first rolled out to the Chinese variants of the Xiaomi phones before it is pushed for the global variants.

So, even though the Android 10 update has gone under testing for the Redmi 8, 8A and Note 8, global users might have to wait a bit more to get their hands on the update.

Moreover, this beta testing is just the early phase of the rollout. The update will be rolled out to the public, only, when it is confirmed that the OS does not contain any major bugs.

The Redmi Note 8 Android 10 update expected to arrive in the next beta. Head here for more details.

The update to Android 10 for the Redmi Note 8 will also bring in the new MIUI 12. Head here for more details.

The Android 10 update for the Redmi Note 8 Pro is expected to arrive this month and for the Note 8 in July. Head here for complete coverage.

The Redmi 8A has begun receiving the stable Android 10 update in China. However, this Android 10 update does not bring along the MIUI 12 skin. The version is V11.0.2.0.QCPCNXM and it is rolling out via OTA. See the full story here. 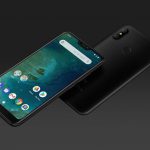 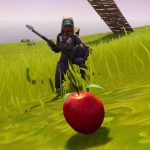