Android 10 has been officially available for almost 10 months now and yet it still proves very elusive for some devices which are still eligible for an update to that build of Android.

One such device is the Redmi 8A. Launched back in September 2019, this ‘econobox’ of a phone came powered by the Qualcomm Snapdragon 439, spots a 720p display and 2-4GB of RAM with modest internal storage to match.

The Redmi 8A came with Android 9 Pie with the company’s own MIUI 11 out of the box and has been running the same build with occasional security patches since then.

The device is in line for an update to Xiaomi’s current MIUI 12 skin on top of Android 10 and word has it that the update could hit eligible devices as soon as August. More on that here.

Today, the Redmi 8A is taking one step closer to the said MIUI 12 rollout by bagging an update to Android 10. This update also packs the latest July 2020 security patch and that’s about it, at least according to the changelog.

This Android 10 update should be rolling out to eligible Xiaomi Redmi 8A devices as an OTA update so you might want to check for updates on your unit. If you’d like to manually install it on your device, below is the download link to the firmware.

From here, the update train for the Redmi 8A chugs along towards MIUI 12 as the next, and probably final major update for the device. This is especially bearing in mind recent reports that suggest Android 11 might not be in the picture for these units.

We shall continue to keep an eye on this roll out and update as and when we get more info. You might also want to check out our dedicated MIUI 12 tracker here. 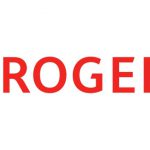 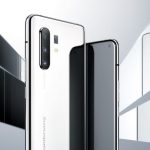