Xiaomi releases some of the best value-for-money smartphones in many regions. This is all due to the fact that the company offers excellent hardware at a relatively low price. The Xiaomi Redmi 8A is a perfect example of this.

It has a 6.22-inch display with the Snapdragon 439 SoC coupled with 3GB or 4GB RAM for just under $100. And its hard to find another device offering the same specifications at that price point. However, the company does try to make up lost revenue by placing ads in its custom skin over Android.

Speaking of the skin, the Redmi 8A is running on Android 9 Pie alongside MIUI 11. This makes it eligible for the Android 10 update. Moreover, just a few days ago we reported that the update is being tested for the Redmi 8A along with a couple others.

Since the Redmi 8A comes with Android 9 out-of-the-box, users have been wondering whether it will get the Android 11 update too. It will make it the 2nd major Android version for the device if released. To seek an answer to the question, a user took to the Mi community forums.

A Mi community moderator spotted the question and shed some light on the matter. Check out the moderator’s response below:

Hey,
It may not get Android 11

According to the mod, Android 11 for the Redmi 8A might not be on the cards. Earlier, we reported on a similar development for the Redmi Note 8 and the Mi A2. Therefore , it seems Xiaomi is dropping support for multiple devices for the Android 11 update.

You can check out our Xiaomi Android 11 update tracker to know when your device will be receiving the upcoming software version. Furthermore, we have also created a list of Android 11 eligible devices from the company. 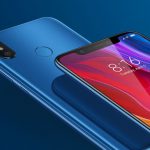