[Re-released] Xiaomi Redmi 7 Android 10 update rolling out, but you'll have to wait a little longer for MIUI 12 About three weeks ago, the Redmi 7A received an update that bumped the base OS to the latest stable Android 10. This, however, did not tag along the much-anticipated switch to MIUI 12, meaning users still got MIUI 11 on top of AOSP.

It took Xiaomi about two weeks between rolling out the Redmi 7A Android 10 update in China and bringing it over to the European variant of the same device. Granted, the story is likely to be the same with respect to the incoming Redmi 7 Android 10 stable update, which is now available in China.

Xiaomi is expected to make the MIUI 12 update available for Redmi 7 owners as part of the second wave of rollout slated for July 2020. That said, no one expected the stable Android 10 update to be accompanied by a new skin in MIUI 12.

Instead, the incoming update is still based on MIUI 11, the outgoing skin. The software version in question is 11.0.1.0.QFLCNXM.

On top of the stable Android 10 update, the Redmi 7 also gets a new June 2020 security patch while at it. This is the same security patch that is arriving on the global edition of the device as version V11.0.6.0.PFLMIXM.

But unlike folks in China, those using the global MIUI ROM and even the European, Russian, and Indian ROMs are still stuck with Android 9 Pie.

On the brighter side, the fact that the rollout has started in China means the rest of the globe should be next in line. But as noted earlier, the interval between China and global MIUI releases is usually about two weeks, so the wait could go all the way to July 2020.

For more details on all Xiaomi devices that have received the stable Android 10, head here.

Xiaomi has re-released the stable Android 10 update in China, still no MIUI 12 though. See the full story here. 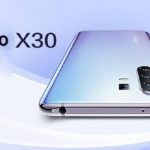