Xiaomi’s Redmi series is one of the hardest to keep up with. The latest is the Redmi 10X family whose 4G variant, also known as Redmi Note 9 in markets outside China, just picked up the stable MIUI 12 update back at home.

The Redmi 10X 4G arrived in May and in June 2020, the Redmi 9 made its debut. Confusing, I know, but that’s why we are here to make it a little easier for you. On the software front, there’s something new not for the Redmi 9 or even the 10X 4G, but their 2019 predecessor, the Redmi 8.

Both the Redmi 9 and Redmi 10X 4G have Android 10 pre-installed out of the box, meaning users are eying the official Xiaomi Android 11 update. So far, only a handful of devices have picked up this update.

As for the Redmi 8, you get Android Pie out of the box, meaning device owners are looking forward to two major software updates in the coming days. One of these updates, Android 10 OS, is hitting Redmi 8 units in China as version 11.0.1.0.QCNCNXM.

The update has just popped up online, meaning it may take some time before all Redmi 8 units on the China ROM receive their Android 10 treat. As evidenced by the firmware version, you still get to deal with the older MIUI 11 and not the new MIUI 12.

On the brighter side, the Redmi 8 MIUI 12 update is expected to arrive as part of the second batch beginning July 2020. The first batch saw at least 13 devices bag the stable MIUI 12 update in China and it seems the second wave has just started – as promised.

The new Redmi 8 update also tags along the latest June 2020 security patch. Below is a brief changelog share by Xiaomi:

With the OTA update obviously set to take days before hitting all units, we’ve included the link to download the software and install it manually. Note that this firmware can be installed on global Redmi 8 units, but you lose Google Play apps and services while at it. 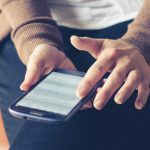