Xiaomi Mi 9T, also known as Redmi K20 in India, first received the stable update to Android 10 earlier this month, with those using the global variant receiving the OTA ahead of others.

It didn’t take ages before the European and Indian (Redmi K20) models joined the party. In all three instances, the update was arriving as MIUI 11.0.1.0, tagging along December 2019 security patches.

Today, it seems the Mi 9T Android 10 update has been re-released, but only for the European and global models. The new build is arriving as MIUI 11.0.4.0, bumping the security patch level to the latest version available – January 2020.

To be a little more specific, folks using the EU model should receive their new Android 10 update as MIUI 11.0.4.0.QFJEUXM while those on the global model should watch out for an OTA with version number 11.0.4.0.QFJMIXM.

Note that both updates are rolling out to those who had not received the initial Android 10 update on the Mi 9T, weighing in at over 2.2GB. For those who are on the previous Android 10 builds, you should receive a small OTA to bump your device to the latest build/security patch level.

Below is a summary of the changes included in the latest Mi 9T Android 10 build:

The incoming Mi 9T Android 10 update is airborne, which means it may take some time before everyone gets it. Rather than wait for days before the OTA arrives, you can grab the updated firmware from the link below and install it manually on your device.

As this is a gradual rollout, Xiaomi might need to verify the MIUI account designation and only allow the update if the account is whitelisted for early beta testing. However, you can bypass the check by flashing through TWRP.

Folks in India may have to wait a little longer before the January 2020 security update arrives on their Redmi K20 sets. We will keep an eye on the developments and bring you the latest updates.

Xiaomi has seemingly commenced the wider rollout of the stable Android 10 OS to the 9T, with multiple reports now coming in to confirm this wider rollout. The software version remains unchanged – 11.0.4.0.QFJMIXM. 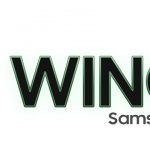