Like every other OEM, Xiaomi has also shifted gears for pushing out the Android 10 update that came out back in September 2019. For example, the global variant of Mi 9T (rebranded Redmi K20) has already been served Android 10 with December patch via stable channel.

Not only this, but the Redmi K20 has also picked up the Android 10 update in China, back in December.

PiunikaWeb readers should recall that Redmi K20 in India is still running on the October patch that while European Mi 9T users are stuck with November patchset.

Well, the situations are changing. Owners of Redmi K20/Mi 9T should rejoice as the devices are picking up Android 10 stable updates. Notably, Redmi K20 grabs it in India while the Mi 9T is getting the update in Europe.

The update for Redmi K20 Indian users is arriving with the version number V11.0.1.0.QFJINXM and weighs in about 2.2 GB for the OTA update.

It comes with the stable MIUI 11, December patchset, increased system stability, and other optimizations. Below is the official changelog along with the screenshot of the update prompt:

Android 10 stable update for European users of Mi 9T is also live and it arrives with version number V11.0.1.0.QFJEUXM and weighs in a hefty 2.2 GB in size.

The update shares the same changelog as mentioned above for the Redmi K20. You can check for it by heading to System Update or you can avoid the wait by downloading the zip file from below:

As this is a gradual rollout, Xiaomi needs to verify the MIUI account designation and only allow the update if the account is whitelisted for early beta testing. However, you can bypass the check by flashing through TWRP.

A new Xiaomi Mi 9T Android 10 build is now rolling out to the European and global variants as MIUI 11.0.4.0 and brings the latest January 2020 patch. Take a look at this article to know more. 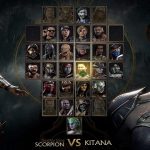