Be it the featureful products or the regular push of the updates for its devices, Xiaomi has a firm grip on the user base in the global market. Their ‘shotgun’ marketing strategy, i.e. flooding the consumers with countless models, apparently pays off.

Moreover, the Chinese smartphone brand is busy with the global rollout of MIUI 11 for its devices. Alongside this, the devices in Xiaomi’s portfolio are getting the security updates.

And in a recent development, two Xiaomi devices are being served with a new update. Reportedly, Redmi K20 is getting the October patch while the Mi 9T is getting the latest November patchset.

FYI, both phones are virtually identical – the naming convention is purely related to advertising. While Redmi K20 is getting the update in India, Mi 9T grabs the OTA in Europe. Let us take a look at the updates for Mi 9T aka Redmi K20 served in different regions.

The Redmi K20 is getting the October 2019 security update on top of MIUI 11. The update arrives with the version number V11.0.3.0.PFJINXM and weighs in around 447 MB for the OTA update.

It is surprising to see the device getting October update because we are almost at the verge of the end of November month. In fact, Android 10 is already available for this device via beta channel in China, but we don’t have any ETA regarding the stable rollout.

We have reported previously that Mi 9T was served with the latest MIUI 11 update globally. But soon after this, users started complaining about the battery drain issue with the MIUI 11 update. Though we are not sure whether the update for Mi 9T brings in fixes for the battery draining issue but, it definitely bumps the security patch level to the latest November 2019.

It arrives with the version number V11.0.3.0.PFJEUXM and weighs in around 446 MB for the OTA update. Below is the official changelog along with the screenshot of the same:

Notably, the update is arriving via OTA in batches and will take some time in hitting all the units. However, you can head to the below section for downloading the update package file for manual sideloading. 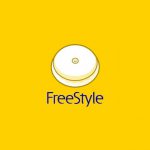