What is the correlation between the latest flagship SoC and the probability of getting faster software updates? I must say, the value is quite high. We discussed about the matter as we reported about the public beta testing of Android 10 based MIUI builds on Indian Redmi K20 Pro units.

Well, we are still not sure about the exact release date of MIUI 11. Xiaomi is cooking something (and we do get occasional glimpses of it), but will it be limited to the flagship range for the time being? What about the mid-rangers, such as the regular variant of Redmi K20 (sold as Mi 9T in some countries)?

Matter of fact, the Chinese OEM did disclose about the development of the latest Android on Redmi K20. In their last weekly MIUI update thread, they explained that the phone could not get the typical Pie based beta update as the team started porting on Android 10 for it.

Technically Redmi K20 would be the first non-Pixel device with a Qualcomm Snapdragon 7xx series platform (SD730 in this case) to sport Android 10. To add more spice in the topic, Xiaomi teased about the software update in their official Weibo channel yesterday.

Judging from the user feedback in MIUI China forum, we can now confirm that the internal testing branch of MIUI is now rolling out Android 10 based MIUI builds for Redmi K20 units. They are still tagged as MIUI 10, but Xiaomi must have already started the transitioning work towards the next iteration.

The screenshot depicts the patchlevel as August, although Redmi K20 Pro got September patches via its first Android 10 based public beta. Moreover, the particular build was compiled on September 1 – rather old I must say.

The OEM will soon add more goodies to the daily builds, and we should expect the public beta of Redmi K20/Mi 9T will eventually bring the taste on Android 10 to the global user base. The phone is also entitled for Mi Pilot program, thus do register there if you want to experience the next version of MIUI before everyone. 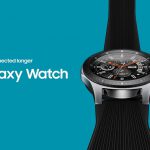