We can tell that Xiaomi is having a busy week. They closed down the development of MIUI 10 based weekly beta builds as they had to concentrate on the upcoming massive overhaul of their skin. The work for bringing Android 10 to Redmi K20 has started as well, while the comapny need to manage the Indian beta testers for the similar update to K20 Pro.

Matter of fact, the Chinese OEM actually rolled out the stable Android 10 update for Chinese Redmi K20 Pro units on the launch day. An internal beta build for the Indian variant is floating around the interweb as well. Nonetheless, the upper layer of them are still based on MIUI 10.

It is almost certain that Xiaomi will unveil the next version of MIUI in this month. While rumors are pointing towards September 24 as the tentative date of the arrival of MIUI 11 alongside Mi MIX 4, I would suggest to take the claim with a pinch of salt.

Well well well, looks like someone accidentally pushed the wrong button at Xiaomi’s software update center. The Chinese MIUI forum is currently filling up with reports from Mi MIX 2S, Mi 8 and Mi 9 owners about getting MIUI 11 OTA prompt on their phones! The above screenshot came from a Mi MIX 2S user. Similar threads can be easily found in the forum, where people are debating over the authenticity of the builds.

After deciphering the semi-broken translations, it looks like Xiaomi is performing some kind of A/B testing. The current branch of internal daily MIUI builds are still based on MIUI 10, but the OTA prompt ‘mistakenly’ includes the logo of MIUI 11. At least we have the chance to see the artwork much earlier!

We have also got our hands on the aforementioned software update package for Mi 9. You may not be able to install it via the built-in System Updater as there can be authentication issues while validating the package. Opt for a custom recovery that can handle Android 10 based MIUI builds.

Don’t forget to tell us the changes & improvements you can find after installing this build on your Mi 9.

Xiaomi rolled out watermarked builds of MIUI 11 in China for some phones, including Redmi K20 Pro. Unlike the previous one, this is not a cosmetic change. Details here. 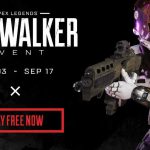