Having excessive battery drain on Xiaomi Mi 9T after MIUI 11 update? Check out this workaround Are you a Xiaomi Mi 9T owner? Have you experienced battery issues after updating to MIUI 11? Well, you are not alone. The internet is awash with dozens of users complaining about poor battery life on their otherwise, fairly new Xiaomi Mi 9T occasioned by the update to MIUI 11.

On Reddit, for instance, one user explains that he’s barely able to get his device through the day on a single charge yet he would end it at more than 75% before the MIUI 11 update.

The following screenshots from affected users only go to show the kind of drastic battery drain that they are experiencing after applying the MIUI 11 update. At the moment, this issue seems to only affect Xiaomi Mi 9T devices that updated to MIUI 11.

Upgraded to miui 11 – literally did nothing else to my phone and turned off display before bed.

This is clearly an issue as a software update shouldn’t result in such an adverse effect on battery life to such a large number of users. On the other hand, the frequency of such reports from Redmi K20 (the Indian and Chinese variant of Mi 9T) owners are surprisingly low.

It remains unclear what exactly is causing this unexpected behavior as there is no official statement from Xiaomi on the same. However, some users are noting that MIUI 11 is enabling autostart by default for all apps (probably because MIUI had notification delivery troubles in the past).

But all is not lost as there appears to be a workaround to this issue, thanks to a Redditor, one u/sonoskietto. The fix is rather straightforward. Affected users can try the following;

This update apparently put all apps on Autostart ON so chances are, that everything is on. Go ahead and turn off everything, except the apps you need to Autostart.

These could be messaging, WhatsApp, email, system apps if any) or apps you have a widget on your main screen (weather, note etc.) all other apps you seldom use or don’t care put them OFF.

Xiaomi includes the option to keep apps off and this is the basis of this fix. The ability to have an app installed and only have it active when you actually open it is something that is going to save battery. Are you affected by this issue on your Mi 9T? Has this trick fixed the glitch for you? Tell us in the comment section below.

P.S. Due credits for writing this article: Clinton Mogaka 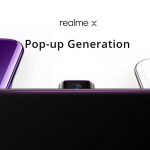 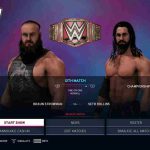