Xiaomi released the stable Mi A2 Android 10 update about two weeks ago. A few days after going live, the update appeared to have been cancelled for reasons Xiaomi didn’t care to explain.

The only reasonable explanation to this is that bugs were discovered in the initial Android 10 build and hence halting the rollout in order to address the bugs. Once addressed, the rollout should resume.

Well, this is what’s happening, with fresh reports coming in confirming that indeed, the Mi A2 Android 10 update has now been re-released to those who didn’t pick up the initial OTA.

If you are receiving the Android 10 update for the first time on your Mi A2, it weighs in at 1280.9MB, so be sure to get a stable Wi-Fi network to download the files.

The first Mi A2 Android 10 update arrived with December patch but in the new arrival, Xiaomi has bundled the latest January 2020 security patch.

Presumably, the company has also addressed the issues that forced the cancellation of the initial rollout. The updated firmware has software version V11.0.5.0.QDIMIXM.

In the event that you had already received the Mi A2 Android 10 update before Xiaomi decided to cancel the initial rollout, the new build V11.0.5.0.QDIMIXM is arriving as a small OTA update weighing in at just 162.8MB.

Although the update is expected to address the many issues that have been affecting the Mi A2 since upgrading to Android 10, those who have received the January security patch say nothing has been fixed.

Today I got January update but bug still not fixed.
Source

Anyone find any good change in this update? Me? Not.
Source

The new Mi A2 January 2020 security patch is available over the air, but we also have the download link with us for manual installation. Note that this is for those coming from the first Android 10 build with December patch. 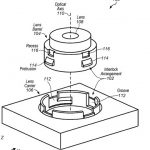