As the new year has already begun, smartphone manufacturers are now working hard to push in the latest Android 10 updates for their compatible devices.

The update as usual for any Android 10 update, brings in all the new features and goodies of the latest OS like dark mode, smart answers, digital wellness, new gesture navigation, and animations, etc for the Xiaomi Mi A2 smartphone.

What might come as a surprise for users of the Xiaomi Mi A2 is that the Android 10 update that was pushed on January 12, 2020, has been halted just a day after it went live.

In fact, looking at the update announcement post on the Mi community platform, the post states “Cancelled Distribution” dating to 01/13/20 meaning that the distribution of the update was halted on January 13, 2020.

Moreover, according to the statement from a Xiaomi moderator,

Some obsolete functions were removed in this version, you may have to redo some settings.
Also note that the distribution of this update will be staggered just as there may be a possibility to cancel its distribution.

Confirming this piece of information, users of the Xiaomi Mi A2 have also commented on Twitter that they are not receiving the update. You can check out some of the comments below:

@XiaomiIndonesia
Android update 10 Mi A2 how come it’s not evenly distributed ,, My A2 noodles (and many people) haven’t been able to update yet but others have been from January 12 yesterday ,, is there an explanation?

Xiaomi withdraws the Android 10 update for the Mi A2

Talking a look at the above user comments about not receiving the Android 10 update, indeed confirms that the update has been halted due to some unknown reasons.

Besides, this not the first time that Xiaomi has delayed or halted an update. Matter of fact, recently, Xiaomi came out officially about the delay in the Android 10 update for Mi A3.

Let us know in the comments below what are your thoughts about this development.

According to user reports, Xiaomi is back again with a new Android 10 build for Mi A2. The software version is V11.0.5.0.QDIMIXM and it comes with January 2020 security patch.

Thanks for the tip Aryan Kumar!

This new Android 10 build for Mi A2 with January 2020 security patch is now rolling out widely, but still no fixes for plenty of annoying bugs from the last update. Details here. 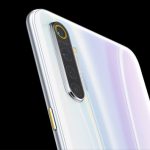 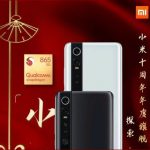