It has been over five months since Xiaomi revealed MIUI 12 while many devices have already received it except for the likes of Xiaomi Redmi Note 8.

It was reported way back in early July that the latest custom skin from Xiaomi would hit the Redmi Note 8 in the same month. However, the wait for MIUI 12 is still on along with the Android 10 update.

By the end of August, reports of the Redmi Note 8 MIUI 12 beta update being postponed due to stability issues started doing rounds and users also started getting anxious about the same.

After some time, the Android 9 Pie (MIUI 11)-based August security patch rolled out to the Redmi Note 8 further delaying the latest custom UI as well as OS update.

Now, users of the Redmi Note 8 might have to wait a bit longer for the MIUI 12 (Android 10) update as the General Manager at Xiaomi Indonesia, Alvin Tse, has stated that it is still under testing.

The information comes as a reply from Alvin Tse to a user who asked about the much awaited custom skin and OS updates for the Redmi Note 8.

This will definitely disappoint users as they have been waiting for the MIUI 12 update for quite some time now yet there is still no ETA for the updates.

It must be noted that Xiaomi might have started with the third batch of MIUI 12 update rollout schedule and the Redmi Note 8 is also expected to get the latest custom skin in the third batch but it is unclear as to when it will transpire.

This is simply due to the fact that the development of MIUI 12 closed and public beta updates will be suspended from September 30, 2020 to October 12, 2020.

While this will surely affect the development of other devices listed in the third batch, the toll might be heavier on Xiaomi Redmi Note 8 users.

This also applies to the Redmi Note 8T as it is also in line to get the latest custom skin along with the Android 10 update.

That said, we will keep tracking the development of the Redmi Note 8 MIUI 12 (Android 10) update so stay tuned for more updates on the matter.

In the meantime, you can check out our Xiaomi Android 10 and MIUI 12 update trackers if you own some other Xiaomi device which is yet to bag the latest custom skin along with the OS update.

Furthermore, Xiaomi is already working on the latest OS update and we are maintaining a dedicated tracker for the Xiaomi Android 11 update so be sure to go through it as well. 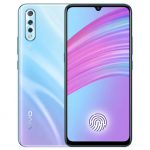