MIUI 12 is the biggest update for Xiaomi’s in-house custom skin and many devices have already received the same during the update rollout schedule.

The first batch of the schedule got over by July-end followed by the second round which started in the beginning of August and got over by early September.

Now, it seems that the OEM has started with the third batch of MIUI 12 update rollout schedule as some of the listed devices have received the latest custom skin pretty recently.

It was reported back in August that the Mi Max 3 got the stable MIUI 12 update in China as version 12.0.1.0.QEDCNXM followed by the announcement of the last beta update earlier in September.

The Mi MIX 2 was also spotted running the MIUI 12 beta update way back in May while the global variant got the stable update in August followed by the Chinese variant in early September.

Xiaomi Redmi S2 is also among the devices from the third batch but its Chinese variant bagged the MIUI 12 update in early August while the wait is still on for the global variants.

Moreover, we reported that the likes of Xiaomi Redmi 6, Redmi 6A, Redmi 7, Redmi 7A, Redmi 8, and Redmi 8A were expected to get the MIUI 12 update in August.

However, it seems that these devices are now going to get the latest custom skin in third batch of the rollout schedule along with the Redmi Note 8 and Redmi Note 8T.

Users of the Redmi Note 8 and Redmi Note 8T have been waiting for the MIUI 12 update since a long time. Both devices are also due for the Android 10 update.

It must be noted that testing for the Redmi Note 8 MIUI 12 stable update began in early July and the OEM has since been elusive on the matter.

While there has been no official announcement from the OEM about the third batch of update rollout schedule, we choose to believe that it has already started.

This is simply due to the fact that several devices listed in the third batch have already received the stable update following the completion of the second batch.

That said, we will keep tracking this for further development and will provide updates as and when new information becomes available. Meanwhile, you can check out our MIUI 12 update tracker to know when it arrives on your device.

Furthermore, Xiaomi has been working on the Android 11 update as well and the Mi 10 and Redmi K30 Pro series have already received the stable OS update in China.

So, you can also have a look at our Xiaomi Android 11 update tracker to stay updated on the topic. 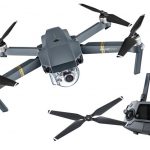