Software development for any device is a long and tedious process for the development teams involved. In a bid to streamline this process, many companies choose to have a small team of testers for upcoming updates before wider rollouts.

Such Beta programs are very crucial as they help the teams involved to catch bugs and issues that would have otherwise been catastrophic had they made their way to the wider public.

Back in July, we saw reports that Xiaomi was planning to turn off the lights on the Beta testing program for users with Xiaomi Mi 8 series, Mi MIX 2S, Mi Max 3, and the Mi MIX 3 on September 5.

In the announcement, the moderator of a popular Xiaomi group on Telegram says that users of these devices will no longer receive a beta update. As such, it is recommended that the said users switch to stable versions after MIUI 12 Stable release.

If you are using these devices, you will no longer receive a beta update. We recommend that you switch to stable versions after MIUI 12 Stable release.

With the close of the Beta program for these devices, it is likely that these devices will not receive any major updates in the future that require testing before rollout. These could be regular security patches and bug fixes.

This marks the end of the road for a bunch of really capable devices, at least officially. There is still hope for these devices through the developer community in the form of Custom ROMs. 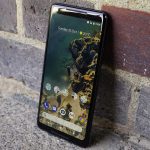