Xiaomi has released a new MIUI 12 beta update in its home country i.e., China, however, the update has not been made available for the Redmi Note 8 and the Redmi Note 7 yet.

At present, the Chinese OEM is releasing MIUI updates left, right, and center. The Mi MIX 2S and Mi 9 Lite are two of the latest devices to bag the MIUI 12 update in certain regions. Further, Xiaomi also released the new skin for the Global Mi MIX 3 a day ago.

Nevertheless, this new MIUI 12-based beta update comes with the software version 20.8.27 and is currently rolling out to users on the beta ROM over the air. It does bring a couple of new features as well such as the Device Control feature.

But according to the release notes for the new MIUI 12 beta version, the update for the Redmi Note 8 and the Redmi Note 7 has been postponed citing stability issues. Therefore, users will have to wait until the issues have been resolved before the update rolls out.

We have added the release notes along with the changelog for the latest beta shared by the Xiaomi & MIUI News group on Telegram below:

– Due to the system stability being tested, the release of Redmi Note 8, Mi Max 3, Mi 8 SE and Redmi K20 will be postponed.

– According to follow-up testing, some models may be temporarily suspended. We will update the post description in time.

Note: the log distribution of each model is slightly different. Please refer to the mobile terminal for details Similarly, the MIUI 12 beta update was suspended for the Redmi Note 8 and Redmi Note 7 last month as well along with a few other devices. So it seems users of the two devices will have to wait yet again to get the beta update.

At present, the stable MIUI 12 rollout is also underway for the Redmi Note 8 and the Note 7. So keep an eye out on our dedicated tracker to know when it arrives on your device.

IST 12:34 pm: Xiaomi has begun rolling out a new update for the Redmi Note 8. Sadly, this update does not bring the much-awaited MIUI 12 skin and neither does it come with Android 10. See all the details here. 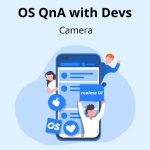 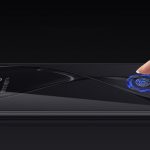