Poco has come a long way since the release of Pocophone F1, also known as the Poco F1 in India, which also introduced Poco Launcher.

However, Poco users have been reporting about issues like the lack of Android 10 gestures and animations on Poco Launcher for quite some time.

Now, it seems that the missing Android 10 gestures and animations issues might soon be addressed as a Mi moderator on the official Poco F1 Telegram group has stated that the said changes are being tested internally.

However, the moderator has not given any ETA which makes it unclear as to how long it will take for the much awaited features to hit the stable channel.

Animation and 10 gestures already made available in internal testing hope it will be available soon. Can’t tell you ETA

Hope it will be released very soon, they are making sure that everything goes fine

Apart from this, the Mi Community moderator has even asked users to prepare a list of existing bugs and issues with the Poco Launcher.

This indicates that the moderator might be sharing these reports with the developers so that they can further fine-tune Poco Launcher to be more stable.

While this is still based on our speculation, it is quite possible as high-level Poco executives also stated that Poco Launcher issues will be addressed in the future.

Since Poco, a sub-brand of Xiaomi, is just starting to emerge as an independent brand, it is only natural for such OEMs to have a few hiccups along the way.

That said, we will keep tracking this for further development and will provide more details once new information becomes available

Moreover, we have a dedicated Pocophone F1 MIUI 12 bugs and issues tracker that you can go through as well. 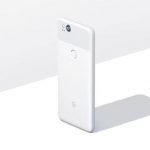