Xiaomi has really upped its game when it comes to rolling out updates to its devices. Gone are the days when Chinese phone-makers got a lot of backlash for bad software that wasn’t maintained. Things are vastly different today.

The company rolls out regular feature updates, security patches, and even Android system updates to many of its devices pretty regularly.

That said, today, the company is adding one more feather to its impressive streak by rolling out Android 10 updates to the Redmi Note 7 Pro. The last time we heard about this update was way back in March when the company said that this build was under development.

This update which comes with software version number V11.0.1.0.QFHCNXM is rolling out to the China variants of the Redmi Note 7 Pro, at least for now. The update packs the May 2020 update and the following is the changelog.

Important to note is that this update to the Redmi Note 7 Pro is based on MIUI 11. This, even at a time when users are eagerly awaiting an update to MIUI 12. According to the company’s plan to roll out MIUI 12 to its devices, the Redmi Note 7 Pro should get the update sometime within the second phase of the roll out.

That means that these users should expect to get their Redmi Note 7 Pro devices updated to MIUI 12 sometime in July 2020, assuming everything goes according to plan. Since the Global variant of this device hasn’t been updated to Android 10, it is possible that the global units will get Android 10 along with MIUI 12. But all this is speculation.

Now, onto the good stuff. If you have the appropriate device and would like to try out Android 10 on your Redmi Note 7 Pro, below is the download link to the updated firmware.

So, say you are not exactly the MIUI type of user and you don’t mind tinkering with your device. Well, a while back, we saw Android 11/R Developer Preview 4, ported to this device. If you are a tinkerer, that might be worth checking out.

Xiaomi has begun rolling out the stable Android 10 update for the Redmi Note 7 Pro in India. This new update comes with the software version 11.0.2.0.QFHINXM and is rolling out to users in batches. Check out all the details here.

IST: 03:23 pm: While the Redmi Note 7 Pro received the Android 10 update a couple of months ago in China, and just a few days ago it was released for a limited number of users in India. A new development suggests that the users are now receiving the update at a wider scale. Read the entire story here. 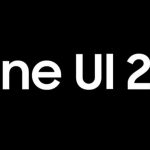 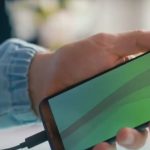