The Poco F1 Android 10 update is here, finally! Last time Pocophone F1 (Poco F1) owners received a software update was back in October/November 2019. This update brought the MIUI 11 upgrade but still kept Android Pie as the base OS.

Xiaomi has since rolled out the new Android 10 to several of its devices, but the Poco F1 remained untouched. Matter of fact, it is until late December 2019 that we first got some concrete evidence of the Poco F1 Android 10 update.

Since then, more hints of the new OS arriving soon on the device have been popping up left, right, and center, with the most recent placing the availability of the OS at February 2020.

But today, we finally have evidence of the OS actually rolling out to some Pocophone F1 owners alongside the firmware itself, you know, for those who love getting hands-on.

The incoming Poco F1 Android 10 update also brings MIUI 11.0.4.0.QEJMIXM, which, surprisingly, is a number lower than the previous update that arrived as MIUI 11.0.5.0 but based on Pie.

The OTA’s file size is 1.9GB, which is expected considering there shouldn’t be so many changes to the MIUI 11 skin that runs on top of Android 10 compared to the version on top of Pie.

Also, as expected, the initial Poco F1 Android 10 update is limited to select users of the device. This is done in order to monitor the performance of the OS on a small and manageable number of units before rolling it out widely.

Since Xiaomi scrapped the global MIUI beta program, the initial rollout is supposedly limited to those in the Mi Pilot program. Unfortunately, Xiaomi locked out more Poco F1 owners from joining the program earlier this month, citing a lack of more room as the reason.

Xiaomi has a way of verifying that a certain device is registered into its Mi Pilot program. Granted, only devices with verified accounts will be able to receive the latest Pocophone F1 Android 10 update.

Sure, we do have the link to download the new Android 10 firmware for your Pocophone F1 handset. But still, flashing it normally won’t get you past the restrictions. The only way to go around it, though, is flashing the new ROM via TWRP.

The build has not been given the green light for a broader rollout yet, but it should be the same exact binary (unless there is a major showstopper bug) that is going to be released in a few days’ time.

As per reports, it appears the Poco F1 Android 10 update greatly improves gaming performance thanks to ANGLE on Vulkan. More details here.

Poco has started the wider rollout of Android 10 as more users are now reporting the update is available to download. Details here. 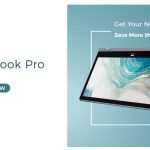 Why XIDU PhilBook Pro is a best suit for students