Realme has been in business for two years now following its debut in May 2018. To this date, there are over 30 Realme smartphones selling in multiple markets across the globe.

Despite the company’s initial focus on the Indian market, Realme smartphones are now sold in various European and Asian markets. Primarily, the focus on affordable pricing is at the heart of this massive success, but there’s more.

Here, we tell you about the various Realme devices that have been upgraded to the stable version of Android 10 OS, as per the roadmap above. The OS has been around since September 2019 but not all Realme handsets have received it for various reasons.

Since none of those reasons is in our control, let’s stick to what we know – the devices that have received Realme Android 10 update so far.

Apart from the Realme 3 and Realme 3i whose Realme Android 10 update is still in a staged rollout, the rest have already been upgraded to Realme UI 1.0, fully. Next in line will be the Realme 5, Realme 5s, and Realme 5i, all of which are currently testing the beta version.

The Realme 2 Pro is also testing Android 10 beta ahead of the stable rollout. Later in Q3 2020, the OS will be pushed to the Realme C2. We’ll keep updating this article to reflect these changes as and when they happen.

For details on if and when your device will receive the Realme Android 11 update (Realme UI 2.0), check our coverage here.

The article has been updated to add the Realme 5, Realme 5s, and Realme 5i Android 10 updates.

Realme has re-released the stable version of Realme UI update based on Android 10 for Realme 2 Pro users as version F.09. On the other hand, Realme 3 and 3i owners who recently switched to Android 10 and are unhappy with the new experience can roll back to Android Pie using this guide.

For owners of the Realme C2, the company has started accepting registrations into the Realme UI (Android 10) early access program for those in India. See the full story here.

Realme has recently announced that an all new Deep Cleanup feature will soon be added to all their devices running Realme UI 1.0. This feature terminates all running processes that helps getting extended battery life on your Realme phone. For detailed story, click here.

In an effort to further improve and enhance Realme UI, Realme has made some minor though important tweaks to the remote parental control feature that will allow parents to understand their children’s mobile usage habits better. It will now be easier for parents to connect to their children’s phones. Read the full story here.

Realme UI has got several new and useful features lately and one among them is the ability to uninstall apps directly from the Home screen. With this new feature, the users need not head to the Settings menu to uninstall an app and instead they can do it from the comfort of their home screen which comes handy at times. Read the full coverage here.

All Realme devices running Realme UI 1.0 (Android 10) are soon going to get support for the Multi-user feature, which lets device users set up a new account on the same phone for two or more users. Head here for the detailed coverage.

IST 4:56 pm: In response to a user’s query regarding the availability of Realme UI for the Realme C2, the company’s India Support team on Twitter stated that the Realme UI update based on Android 10 will be available soon.

We understand you are eager to experience realme UI and appreciate your patience for the same. We would like to inform you that the relame UI update for your device soon be available.

IST 07:15 pm: Recent developments suggest that all the Realme devices running Realme UI 1.0 (based on Android 10) will be getting the Super Power Saving Mode feature through an update. For more details, head here.

IST 12:15 pm: A member from Realme’s R&D Team has now claimed that older Realme devices will also get some camera features that were introduced on the Realme 7 series such as the Starry Mode and Pro Nightscape. To know more, head here.

IST 06:24 pm: Responding to a user’s query regarding the availability of Android 10 for the Realme C2, the company’s support team stated that the update will be pushed to the device by the end of September. More details here.

IST 04:28 pm: Realme is all set to roll out the Android 11 update over the next few months for its devices. But it’s also planning to offer some Realme UI 2.0 features on devices running on Realme UI 1.0. Check out all the details here.

IST 11:30 am: Realme has confirmed that its new Realme UI 2.0 skin will only be available on top of Android 11 since the company does not plan to develop it over Android 10. See all the details here.

IST 01:04 pm: Realme has announced that it is now looking for participants to try out the Android 10 update alongside Realme UI 1.0 for the Realme C2, which, FYI, is the only device left to get the update. More details here.

IST 07:14 pm: Realme is working on a new Realme Cleaner app and an Antivirus feature both of which are expected to arrive in Q4, 2020. These two new features would most likely be available on devices running Android 10 (Realme UI 1.0) as well. More details here.

IST 01:36 pm: New details suggest that the Android 10 (Realme UI 1.0) update for the Realme C2 will be coming soon. Unfortunately, the company has not yet shared a specific date for the rollout.

IST 06:07 pm: After months of testing, Realme appears to have finally released Android 10 for the Realme C2. The update is available as version C.53 with the January patch. Head here to know all the details. 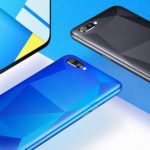