For those who were waiting for the Realme UI (Android 10) updates on their Realme 5 Pro and Realme X can rejoice, as the company has made the Android 10 update live for the users.

Earlier we have reported that both the Realme 5 Pro and the Realme X were supposed to be served with the Realme UI (Android 10) update by the last week of February and it seems that the Realme was finally able to pull that off.

Let us take a look at the updates received for both the devices, one by one:

A couple of days back, we have reported that Realme has pushed an update for the Realme 5 Pro that ensures the compatibility of the device with the Android 10 (Android Q) update. Cut to now, the update is arriving with build number RMX1971EX_11_C.01 and brings in the Realme UI v1.0 based on Android 10. You can check out the official changelog of the Realme 5 Pro Realme UI update along with the screenshot for the same, below:

Smart Sidebar
• Optimized user interface and improved one-handed operation.
• Optimized Smart Sidebar: Replaced File Console with File Manager; removed OSIE Visual Effect and No Notification Alerts.
• Drag an app out of Smart Sidebar to open it in Split-screen Mode.
• Added two new features: “Assistive Ball Opacity” and “Hide Assistive Ball on Fullscreen App”.
• Optimized the Floating Window feature for more apps.
• Added Bubbles: A bubble is displayed when you open an app in a floating window from the Smart Sidebar. Tap the bubble to collapse or open the app.

Tools
• In Quick Settings or Smart Sidebar, you can open Calculator in a floating window.
• Added the trim feature in Recordings.
• Added the Weather (dynamic) ringtone, which automatically adapts to the current weather.
• Added weather-adaptive animations in Weather.

In fact, users have also reported that they are indeed receiving the update via OTA.

PiunikaWeb reader should know that yesterday, we have reported that the Android 10 (Realme UI ) update for the Realme X will be rolled out on February 28, and the company has pushed the update right in time.

Talking about the new update, it arrives with the build number RMX1901EX_11_C.01 and weighs in around 3.52 GB in size. It brings in tons of improvements for the camera, communications, system, music, network, home screen, games, etc.

Users can go ahead and check for the update manually on Realme 5 Pro and Realme X by heading to Settings>>Software Updates>>Check for new updates.

We’ve got hands-on the Realme UI update download link at least for Realme 5 Pro with bootloader unlocked (meaning, it has to be flashed via a custom recovery like TWRP). We’ll further update the story when we have the download links for non-unlocked Realme 5 Pro and X as well.

Till then Realme 5 Pro users with bootloader unlocked devices can at least install Realme UI.

The rollout of Realme UI or Android 10 update for Realme X & Realme 5 Pro should complete by March 15. Complete coverage here.

Realme has now released the Android 9 Pie rollback package for the Realme X. Therefore, if for some reason the Android 10 update is causing trouble on your device, you can switch back to Android Pie. For more details along with the download link, head here. 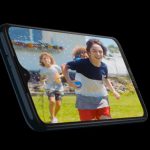 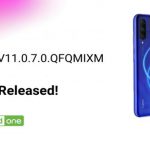