Realme 5 Pro users have been gawking Android 10-based Realme UI’s arrival since this month began. The device was expected to receive it’s first major OS update during this month, as was stated in the Realme UI roadmap.

While device owners kept inquiring all month, it was last week that Realme support revealed that Android 10 will land on Realme 5 Pro in the last week of February, which is already nearing its end. 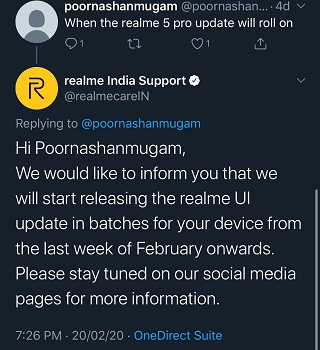 As we highlighted in one of our recent coverages, while the phone was expected to get the VoWiFi update – like Realme 1, Realme U1, Realme 5/5s & 5i, and Realme X2/X2 Pro & X– what it is surprisingly being served is a bug fix update that prepares the device for Realme UI/ Android 10. It’s worth mentioning that for the China equivalent of Realme 5 Pro, i.e. Realme Q, the Realme UI update for early adopters will be out in another couple of days, i.e. on February 29. However, for Realme X – which is also expected to receive Realme UI in the last week, the update appears to have been delayed due to fingerprint bug (at least in China).

While the currently circulating OTA may take time to hit all devices, those of you who don’t wish to wait for it to land on your device, can, of course, grab the same using the download link below:

For the Chinese equivalent of Realme 5 Pro, i.e. Realme Q, Realme UI/Android 10 is rolling out for the early adopters. Complete story here.

P.S. We are keeping a continuous tab on Realme UI-related developments. For the latest stuff, head here. 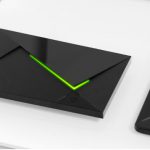