Realme as a company has been really outdoing themselves in recent months. The company, which debuted as a subsidiary of OPPO, now boasts of a rather healthy portfolio of devices like the Realme X, Realme Q among many others.

It is always a welcome move when a company under-promises and over-delivers. This should be the feeling of Realme Q/Realme 5 Pro owners. Realme recently announced that it would be carrying out beta tests on its new build of Android that is based on Android 20 for the Realme Q/ Realme 5 Pro devices.

Earlier reports indicated that the first batch of Beta testers for Android 10 for Realme Q would get their update as from 29th February. A few days before the set date, 26th February and the company is ready for the testers already. A statement from Realme, dated February 26th reads as follows,

At 9:30 this morning, the first 500 real fans who have filled out the registration questionnaire have sent registration via SMS, and this batch of real fans will receive the early preview of realme UI early at around 15:00 today.

It is worth noting that the above statement from Realme has been directly translated from Chinese.

Also worth noting is that the initial trial run will have 2000 participants and these have been selected on a first-come, first-serve basis. Also, to recall, just last night, Realme 5 Pro received an OTA that prepares the phone for Android Q.

This comes at a time when Realme India promised the Android 10 update would be available to Realme Q/ Realme 5 Pro by end of February, which is only a few days away. Will Realme be able to pull this off? We don’t really know. But the commencement of the Beta program is definitely a welcome move.

The Android 10/RealmeUI update for Realme 5 Pro/Realme Q has been released. Head here for the latest coverage.

NOTE: We have these and many more Realme-related stories in our dedicated Realme section. 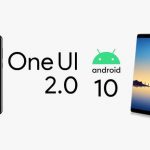 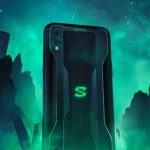