Last month Realme India CEO Madhav Sheth, came out with a schedule for the roll-out of the Wi-Fi calling feature on the Realme phones. Realme X, a top-end phone from the brand, only recently got the feature as part of the February update.

Also, it is possible that the VoWiFi update could precede the Realme UI update. VoWiFi update allows Reliance Jio and Airtel users to make and receive calls when cellular connectivity is not good.

Earlier this week, Realme support team, while responding to a query from a concerned consumer, informed that the RealmeUI based on Android 10 would be available by the end of February. Moreover, with the changelog of the recent Realme X update, which included the VoWiFi feature, the company added a small (but very important) note. The note informed that the update is not realme UI update, rather it is needed before realme UI update rolls out. Something similar was confirmed by support while responding to a user query as well. The support, in the thread, confirmed the VoWiFi update would come this month. But, the support gave no answer when asked if it would be released separately.

However, considering the recent Realme X update and the changelog, it is very much possible that VoWiFi update would be separate from the Realme UI update. Nevertheless, we still have to wait for any confirmation from the company’s side, or until the company releases the said updates.

Realme 5 Pro VoWiFi (WiFi calling) has been added with the Realme UI update. 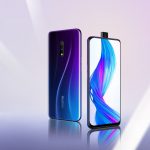 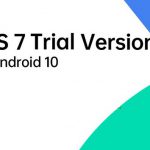