WiFi calling is truly a revolutionary tech for those who live in an area of weak telecom signals. With the ability to place cellular calls over a wireless network, one could negate the necessity to rely upon the fluctuating indicators.

But yeah, not every handset has received the feature to enable WiFi calling toggle. For example, OnePlus smartphones still don’t have the official Jio VoWiFi support. Nonetheless, you can still activate the attribute through a simple workaround.

Now that smartphone users began enquiring about this feature, manufacturers are slowly bringing it to their models. The latest in the list is Realme X, which just received, according to many users, WiFi calling facility along with its February security patch.

To recall, the company published WiFi calling timeline for a few devices about a month ago. Keeping the promise, they have just released the same to Realme X. FYI, you can read the whole changelog below.

Once you grab this update, you can find VoWiFi switch under SIM Info& Settings. Carrying the version number RMX1901EX_11_A.12, the overhaul file weighs only 220 MB for those who want to jump from the previous build.

Realme X will get the much-awaited Realme UI on Feb 28. Complete story here.

Realme has confirmed that the rollout has been completed as they brought VoWiFi to all the Realme X units. Read details here.

Note:- Want to read more stories like this? Have a look at our Realme section. 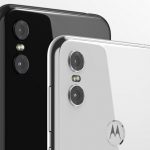