Realme has been testing its new Realme UI skin based on Android 10 on the Realme X in China for quite some time now. Matter of fact, the early stable Realme X Realme UI build started rolling out to beta testers a few days ago.

The Chinese company had plans to begin rolling out the OS to more Realme X units beginning today, February 25. But of course, this depended on the performance of the initial firmware. Realme India also revealed that the Realme X Realme UI update will begin rolling out in batches from this week. The Indian variant recently picked up a new software update that enables VoWiFi calling on Jio and Airtel, but there is more to it.

Apparently, this very update is needed in order to install the upcoming Android 10 update on your Realme X handset. So yeah, make sure you install it once the OTA shows up.

Unfortunately, it seems the much-anticipated Realme X Android 10 update may delay to roll out, not just in China, but probably in India as well. According to an official statement in the Realme community, fingerprint issues are the heart of the delayed rollout.

Those who managed to pick up the initial Realme UI stable build on their Realme X units started experiencing fingerprint issues. The company wants to address these issues first before rolling out the OS widely, so the expected release today (this week) is now in doubt.

Yes, the delayed rollout of the update in China also means folks in India will also have to wait a little longer before the OTA arrives. As for how long this wait will go, no one knows for now, but as usual, we will keep our eyes open and let you know when the update rolls out.

Realme says the fingerprint issues in the initial Android 10 firmware for the Realme X have been resolved, the direct result of which is the wider rollout of the OS begins tomorrow, February 28. Full details here. 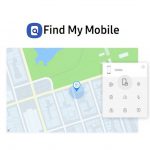 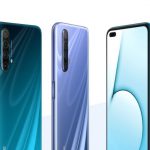