Realme recently cleared the air surrounding the update to Android 11, confirming that devices in the X series, among them the Realme X, will be guaranteed at least two major Android OS upgrades. In short, the incoming Realme X Realme UI update is just half of the story.

With Realme UI 1.0, you also get the not-so-latest Android 10 OS (yeah, Android 11 Developer Preview 1 is live) and now you can rest assured the future is bright for your Realme X handset.

The beta version of Realme X Realme UI update was released in China last month, but due to the known coronavirus epidemic in the country, it took longer than expected to avail the stable version. But from the look of things, it seems this wait has come to an end.

Several owners of the device seem to be receiving a new software update that not only bumps the device to the stable version of Android, but also installs the latest Android security patch level dated February 2020.

Of course, the screengrabs of the changelog below is in Chinese.

Unfortunately, though, this particular rollout seems to be targeting Realme X handsets that enrolled in the Realme UI beta testing program last month. The update is arriving as version C.04.

Unless you just came from a cave, you must be aware the Realme X didn’t receive the beta version of Android 10 in India. Instead, the device was promised a straight switch to the stable version, apparently beginning next week.

Now that the stable version has just arrived in China, we can hardly doubt the scheduled rollout this coming week. Matter of fact, Realme India recently rolled out a software update meant to prepare the Realme X for the arrival of the new OS, so make sure to grab it.

A wider rollout of Realme UI on Realme X devices in China to start from Feb 25 and the circulation will likely complete in about a month. The wider rollout of Android 10 update for Realme X devices in China was expected to begin today, but due to fingerprint issues in the initial build, the rollout has been halted in order to address the issues. Details here.

The stable Realme UI update for Realme X users is now available to download. The update is rolling out in stages, so it may take time before all units get it. Also receiving a similar update is the Realme 5 Pro. Check the full details here. 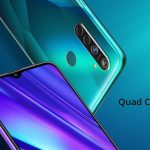