The past month has been hectic for the Chinese medical teams as they battle to contain the outbreak of illnesses caused by what is known as coronavirus. So far, the death toll stands beyond 560 lives with another 28,000+ Chinese citizens infected.

First reported in December 2019 in the city of Wuhan, coronavirus was declared a public health emergency by WHO at the end of January 2020, which cited “the potential for the virus to spread to countries with weaker health systems” as the major reason.

With transmissions now confirmed outside China, global authorities are taking measures like limiting travel to and from China to prevent the virus from spreading further.

Earlier this week, LG confirmed calling off its event at the upcoming MWC 2020 show citing coronavirus concerns while ZTE, after initially canceling their event, has confirmed attendance with extra measures in place.

GSMA, the guys in charge of the MWC show, has also put out a statement saying that it has an eye on the coronavirus situation in the build-up to the event.

The situation keeps evolving with each passing day and now it seems the Realme UI update rollout plans will also be affected by the coronavirus attack. The company already mentioned this earlier this month with respect to the Realme X2 Realme UI update.

When the initial Realme UI update went out to the Realme X2 last month, the company promised to push this update to the second batch of X2 devices on the first day of this month. But due to the coronavirus attack, the timeline was pushed back to February 7.

The company is now sending out notifications alerting those who successfully registered that they should receive their Realme UI update from tomorrow. Although nothing is guaranteed considering coronavirus cases keep increasing each passing day.

Not long ago, Xiaomi also suggested that the wider rollout of Android 10 update to the Mi 8 and Mi 8 Pro might also be impacted by the coronavirus situation in its home country. Our hope is that things get better not just for the sake of software updates, but also for the general welfare of the public.

After fears that the coronavirus attack could delay the Realme UI update rollout for the Realme X2, the company is now rolling out the second phase of the beta build in China, suggesting that the may as well be no delays in the wider rollout of the software. 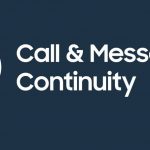 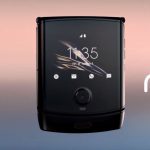