The stable Mi 8 and Mi 8 Pro Android 10 updates were released about a week apart back in January 2020. However, Xiaomi quickly discontinued the former update due to bugs, later pushing a patched-up version with a newer security patch.

Note that the previous update (v11.0.1.0.QEAMIXM) is now suspended due to bugs. This update fixes some of the critical issues and public users will receive this release for Android 10 update. For those already updated to Android 10, kindly update to this new version and give feedback.
Source

As of this writing, the available Mi 8 Android 10 firmware is MIUI 11.0.3.0.QEAMIXM. However, this is what Xiaomi calls the Beta Stable version, which basically means the software has been pushed to the first batch for close monitoring before rolling out widely.

Still, the outcome of the monitoring is what will determine if the company proceeds with the wider rollout or not. But by the look of things, it seems the current situation in China is delaying the wider rollout of the OS, at least according to Mi forums moderator HappyBuddhist.

Looking at the info in the screengrab above, though, Mi 8 owners should find hope in the last statement – that the next update for those on Pie will bring Android 10. Only that it’s not known when it will arrive thanks to the coronavirus situation.

The story isn’t that different when it comes to the Mi 8 Pro Android 10 update as well. As noted, the device picked up the first Android 10 firmware mid last month, but this was the Beta Stable version meant for select few.

To date, the Chinese vendor has yet to commence the wider rollout of the OS. But unlike the Mi 8, there haven’t been any reported cases of bugs in the initial firmware.

As seen above, the same Mi forums moderator also says the Mi 8 Pro Android 10 update will be rolled out widely pretty soon, so it’s likely that the coronavirus is also at the heart of the delayed wider rollout, just like the Mi 8.

We will keep an eye on both devices and let you know when the update to Android 10 begins rolling out widely.

The wider rollout of Android 10 to both the Mi 8 and Mi 8 Pro is now ongoing. Find the full details here and here, respectively.

Android 10 for Mi 8 Pro is now officially out for device users across the globe. Complete coverage here. 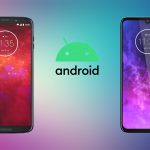