Qualcomm launched the Snapdragon 7xx series as a cost-effective replacement of the flagship 8xx chipsets. While phones like Mi 8 SE picked up Snapdragon 710 SoC back in 2018, Realme engineers opted for the same in 2019 while designing Realme X. TBH, not a bad decision.

By incorporating a slightly older chipset, Realme was able to provide high-end features like motorized selfie camera and in-display fingerprint scanner in this mid-ranger. The OEM is quite serious about the software part as well, as periodic security updates & new features are very common for this phone.

Realme X was launched with Android Pie based ColorOS 6 out of the box. Owners of the phone in China are able to participate in Android 10 beta testing, albeit the upper layer is still based on ColorOS 7. Well, there is a nice little improvement in the current scenario.

Just like Realme X2 Pro, the second level beta now brings freshly baked Realme UI to Realme X in China. The Indian variant of the phone is scheduled to receive stable Android 10 update in the form of Realme UI in February, so the arrival of the beta is indeed a welcome development.

The OEM has also officially annouced the next phase of the beta recruitment for both Realme X and Realme X2 Pro. Only 1,000 volunteers are allowed per device, and the registration window will be open until 23:59 on January 12. The wide scale roll out should begin on and from January 14.

While it is technically possible to flash the Chinese build on Indian Realme X units, the details are out of scope of this article. At the time of writing, there is no official info about similar beta update in India.

What are your expectations from the company regarding the new skin on top of Android 10? Let us know by commenting below. 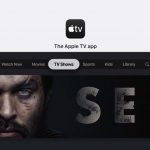