Realme recently added a new phone to its entry-level portfolio – the Realme C3. This is the successor to the Realme C2 and becomes the company’s first to run the latest Realme UI skin based on Android 10 out of the box.

So far, the Realme C3 is the third Realme smartphone running the new Realme UI update. The other two – Realme 3 Pro and Realme XT – got the new OS via software updates, but even so, not every unit has picked up the OS to date.

Next in line, at least according to the official Realme UI roadmap, is the Realme X and Realme 5 Pro. Below we have shared some info about the current Realme X Realme UI update status, including when to expect it.

Beta version is available in China

Realme started rolling out the beta version of the Realme UI update to the Realme X about a month ago, but this was limited to the Chinese market. To date, the beta program hasn’t graced the Indian variant of the device, which explains the uproar on social media.

With nothing to show so far regarding the progress, we can only assume that Realme is still hard at work on the stable version so that it comes out this month as promised.

Realme X to get Android 10 this February

When asked about the availability of Realme X Realme UI update in India, Realme Mobiles Product Manager Nidhi Bhatia said the software will be released later this February, but of course, no specific date was mentioned.

Interestingly, though, it seems someone has already received the new software on the Realme X handset, but definitely not in India or China. Going by the screengrabs shared, it seems the owner is in Bangladesh using TeleTalk network provider.

Still, we cannot ascertain that it’s indeed the stable version rolling out, but it’s likely. Alternatively, it’s possible that someone manually flashed the Chinese build on their phone.

In another developing story, it is possible that the ongoing coronavirus attack in Realme’s home country of China could delay the rollout of the Realme UI update not just to the RMX1901 and RMX1903, but also to other Realme handsets.

We’ve already seen it delay the beta rollout of the Realme X2 Android 10 update in China, so it would come as no surprise if the same happened to other models.

Either way, we can still expect the device to receive the Realme UI update this month. When it arrives, we will let you know about it, so stay tuned to PiunikaWeb.

A new software update is available for the Realme X with February security patch and support for VoWiFi calling on Airtel and Jio in India. According to Realme, this update is needed in order to install the upcoming Android 10 update on the Realme X. More details here.

Realme India says the update to Android 10 for the Realme X will begin rolling out in batches beginning next week. Full details here.

The wider rollout of Android 10 for Realme X owners has been delayed due to fingerprint issues in the initial firmware. Details here.

The update is now rolling out to the Realme X as promised, tagging along Android 10 OS. Also receiving a similar update is the Realme 5 Pro and like its counterpart, the rollout is gradual. Check out the full story here.

According to Realme support, the rollout of Realme UI update for the Realme X and Realme 5 Pro is staged, with the process expected to be completed by March 15. Details here. 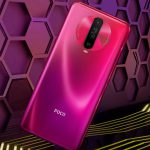 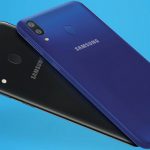