The much-awaited Realme UI that is expected to bring the new Android 10 on multiple Realme smartphones beginning this January has officially been unveiled in India.

The new UI tags along a bunch of visual tweaks that include redesigned app icons and more customization options. The OPPO subsidiary further notes that the new overlay is designed with the preferences and aesthetics of young consumers in mind.

Last year, Realme had hinted at a near-stock experience on Realme smartphones with the new skin and indeed, the company notes that Realme UI is built for an enhanced and near-stock Android experience.

In an official video, Realme is showing off some of the changes and features you can expect when the stable Realme UI based on Android 10 arrives on your device.

As expected, plenty of redesigned system icons, colors, animations, and wallpapers have been included in Realme UI. The company says it drew inspiration from core household items for these design changes. The company also notes that Realme UI packs the latest version of the quantum animation engine designed to improve screen fluency. Icon customization options are also part of the new skin, allowing users to go with any of round, square, small or large.

As part of the redesign, Realme has also included 11 new wallpapers allegedly inspired by natural elements with a match for all available color schemes.

Besides the plenty of visual tweaks included in Realme UI, the new skin also packs a bunch of new features such as Focus Mode, Smart Gestures, Dark Mode, Dual Earphone Connection and Personal Information Protection, among others.

You’ve probably heard of Focus Mode, Smart Gestures and Dark Mode, but perhaps one interesting Realme UI feature is Personal Information Protection. It lets the system return blank pages when apps request personal information such as contacts, messages, call history and so on.

With Dual Earphone Connection, Realme devices on the new UI will be able to connect to both Bluetooth and wired headphones at the same time, which is pretty cool for listening to music from the same device with your partner when on the road, for instance.

Check out a summary of these Realme UI features in the video below:

Owners of the Realme 5 and Realme 5S will join the party in May whereas Realme 2 Pro will get the update in June 2020. 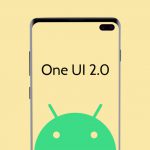 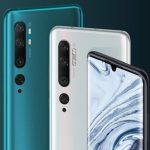 Forget 108 MP, as a 256 megapixel camera sensor is allegedly in the works