The budget smartphone segment has become more competitive than ever, thanks to the Chinese spinoffs from Xiaomi and Oppo. For the first few years, Xiaomi’s Redmi had no worthy contenders. However, Oppo took the market by storm with their Realme smartphones later.

They have announced their first flagship device, Realme X2 Pro this month. Packing in Snapdragon 855+ processor with UFS 3.0 storage up to 256 GB, it is gearing up to take down the dominance of OnePlus 7T and Redmi K20 Pro.

While the company is preparing to launch more phones, the new episode of AskMadhav show just went live on YouTube today. The CEO answered a few significant questions, which has been asked by the users since long.

About their next phone, Madhav Sheth told that it would come up with Snapdragon 855+, 90 Hz display, 50 W Super VOOC and 64 MP quad camera. In another question, he talked about bringing Realme X2 Pro to India in November. Maybe, he was referring to it in the first question itself.

You might know the OEM is going to release a 730G edition of Realme XT in India. According to them, Snapdragon 730G, made out of 8nm manufacturing process can boost the graphics up to 15 percent. Moreover, it has a Multi-core AI Engine inside coupled with Adreno 618. 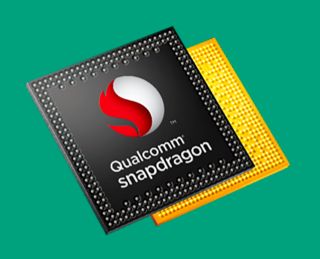 Have you heard of Cam2API? Developers need it to access advanced controls of the camera. In fact, you should have it enabled on your phone to use the Google Camera Port. Madhav confirmed it’s not going to come to Realme 2 and C1 due to hardware limitations.

If you are a Realme user, you know the device doesn’t allow video recording with the ultra-wide angle lens. And, it happens to be the most sought-after feature. For the same reason, they will untie the attribute to all their quad camera phones by the end of November.

One of the groundbreaking announcements he made on the show today is pertaining to the Realme OS. He once said it’s in the works. On the contrary to the previous statement, Madhav confirmed an all-new platform is not going to happen.

But if it’s any consolation, they will have a ColorOS 7 edition exclusive to Realme phones. For that, they are collaborating with developers to bring it close to stock Android. On a side note, the brand published a list of curated features on the Chinese website that we may see on the latest version.

Along with the new mobile phone, the brand is also planning to launch a few accessories like Realme XT iconic case and VOOC power banks. In a follow-up answer, Madhav hinted they’re working on a fitness gadget (maybe, a smart band!).

With the explosive popularity, you know Realme started hiring celebrities to feature in the advertisements. In case you worry that it will reflect on the pricing of the upcoming phones, the CEO says you shouldn’t. They will keep on going with the hitherto effective pricing strategy.

You can have a look at the video below.
https://www.youtube.com/watch?v=kVprlz5qJ0s 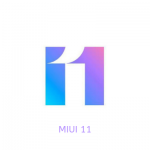