Realme has just released the tenth episode of its YouTube series dubbed #AskMadhav, where Realme Mobiles CEO Madhav Sheth comes out to directly respond to questions and feature requests from the ever-growing fan base as well as shed some light on the future of the Oppo subsidiary.

Ask Madhav is a series through which you can get in touch with me and ask me anything about realme. This is your chance to ask as many queries as you want and I will answer them personally.
Source

Given that Android 10 is all the rage right now, it would be futile if the entire episode went without the boss talking about this subject. This is despite the fact that Realme has already published its official Android 10 roadmap.

When will Realme devices get Android 10 update?

In a response via #AskMadhav, the CEO has assured fans that ALL Realme smartphones will be upgraded to Android 10. Apparently, the provisional roadmap is for devices whose timelines are known, but the company is working on release dates for other devices before going official with the details.

Android 10 will be available to all Realme devices starting from 2020. Realme 3 Pro, Realme 5 Pro, Realme X, and Realme XT will get it in Q1. In Q2, we will roll it out to Realme 3, Realme 5 and also to Realme 3i. Realme 2 Pro will also get Android 10 in Q3. Rest of the devices, we are still evaluating and we will share the timelines for them with you when we are ready.

Realme CEO goes on to brag about how Realme is possibly the only OEM that is strict with software updates and is probably the only one that cares about giving Android 10 updates to devices in the sub-INR 10,000 category.

Of course, we all know that’s relatively incorrect unless you haven’t heard about HMD Global and its Android One Nokia phones. The Finnish company is, in fact, the only non-Google vendor that guarantees to release at least two OS updates for all devices and three years of security updates.

Even though dark mode is essentially part of Android 10, Realme will release the feature in a separate update. Apparently, the CEO says all Realme phones will eventually get dark mode and in fact, the company expects to have updated all units with this feature by the end of November 2019.

Another question that also popped up in the latest episode is about the option to swipe from left or right to go back. This is not to be confused with the swipe left/right gestures to dismiss message notifications – a feature that has been pushed to both Realme 3 Pro and Realme X.

This feature is supported out of the box in all Realme phones released after Realme X and apparently, other Realme devices will receive the option too by the end of November 2019.

Other notable mentions in Episode 10 of #AskMadhav include support for more apps in the clone app feature, a bug-fixing update for the Realme X issue where the camera pops up automatically during an incoming WhatsApp video call, internal audio recording while screen recording, and screen on time for all Realme phones.

Unfortunately, the request by Realme 2 Pro users to get camera2API, Chroma Boost and Nightscape mode has been turned down, with the company noting that it has no such plans for this device.

You can check out the entire video below.

NOTE: For more Realme-related coverage, feel free to check out this dedicated section. 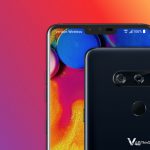 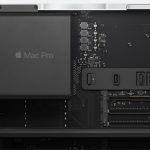