Nokia N series phones were once a status symbol. In celebrity interviews, we could see them rant about having an N95 or N78. Not anymore!

The word ‘Change’ was not in the dictionary of Nokia. They clung on to Windows Phone OS and Symbian until even the hardcore fans realized it’s time to bid adieu and welcome Android.

Fast forward to today, the company is now releasing Android phones under a new banner. HMD Global thought they could leverage the brand name and made a come back in 2017.

The market, which was crowded with value-for-money Chinese phones rarely had room to occupy Nokia. Even though they could never go on a race spec-wise, it’s no secret that they are way ahead of the competition in terms of software updates.

The company promised two major OS updates and two years of security updates. They haven’t broken the promise till date. As of today, the latest security patches for Nokia 7.1, 7 Plus & 8.1 are rolling out.

The company launched Nokia 2, 3, 5, 6, and 8 in the first year itself (2017). As we are surpassing the promised two years’ time frame, the OEM has officially revealed the update roadmap of these models.

What lies ahead for these smartphones? Nokia 3, 5, 6, and 8 will continue to receive quarterly security patches throughout the third year. Users can get their hands on all patches from the previous months, albeit the infrequent delivery.

For Nokia 2, the support for security patch will come to a halt in November 2019. Unfortunate for Indian and the US Nokia 6 Amazon users, they’ll have to live with the last security update dated October 2019 for the rest of the time they wish to keep the device.

So, these first generation models listed in the following list will not get major software updates anymore, but only quarterly security patches.

As you can see, Nokia 3 is the first and last to receive the update. The company has publicized through a community discussion thread that every other Nokia phone will also receive the same treatment. And, they will keep the users posted about it. 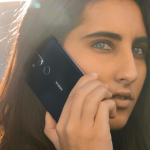