The pre-Android years were synonymous with Nokia. Most of the people didn’t actually pay heed to other brands back then. The table turned around in a few years with Android’s ambush into the market.

Nokia didn’t even try Android on any of their phones before the relaunch in 2017. The reluctance to embrace the change was what redrew the destiny of the company. By the time they returned to the game, things weren’t as smooth as their golden time.

Despite having to face neck-to-neck competition from other manufacturers, they never fail to deliver one thing – timely software updates. We have already highlighted the August security patch’s arrival on Nokia 6.1 and 3.2 earlier.

Seems like the OEM is on a roll as other phones like Nokia 7.1, 7 Plus, and 8.1 are also receiving the August security patches now. You know updates happen quite often on Android One platform. With Nokia, it’s way too often.

The Nokia 7.1 is a 10 months old smartphone packing Snapdragon 636 underneath. It flaunts a 5.84-inch IPS LCD screen with 1080x 2160 pixels resolution. Came with Android 8.1 Oreo out of the box, the phone already received Android Pie Over-The-Air.

The currently circulating security patch for Nokia 7.1 weighs about 77 MB in size. And except the upgraded security patch, it doesn’t bring any new features as such.

When it comes to the update for Nokia 7 Plus, you need to download a package of 103 MB. Akin to 7.1, you won’t find anything new after installing the update apart from the latest security patch.

To recall, 7 Plus, released in February 2018. The phone features a 6-inch LCD screen with 1080x 2160 pixels and Corning Gorilla Glass 3 protection. Under the hood, it has Qualcomm Snapdragon 660 chipset coupled with 4 GB RAM.

HMD Global has pushed the August security update to Nokia 8.1 as well. Surprisingly, the package file weighs lower than that of 7 Plus, i.e. only 71 MB.

Among the list of devices getting the August update, Nokia 8.1 is the youngest of all. Launched in December 2018, the device sports a 6.18-inch IPS LCD screen with Snapdragon 710 processor. It is available in two different variants; 4 GB/64 GB and 6 GB/128 GB.

You know how OTA updates work. It doesn’t knock every phone at once. You have to wait some time to see the notification poking the screen.

As of now, Nokia 3.2, 6.1, 7.1, 7 Plus, and 8 have got August security patches. Going by the frequency with which the company is releasing updates, every eligible model will get it very soon. For more Nokia-related, updates, news, bugs/issues and stuff interested readers may head here. 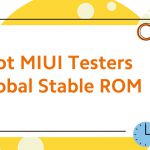 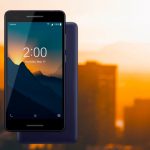