Digital Wellbeing beta first arrived alongside the stable update to Android 9 Pie in August 2018 as a Google Pixel limited edition. The stable version was released later in the year and rolled out to Google Pixels as software updates.

As usual, non-Pixels have had to wait for months before getting a taste of this feature, but it’s finally finding its way to more and more devices, including some in the budget segment. Here’s what Google thinks about Digital Wellbeing:

As technology becomes more and more integral to everything we do, it can sometimes distract us from the things that matter most to us. We believe technology should improve life, not distract from it. We’re committed to giving everyone the tools they need to develop their own sense of digital wellbeing. So that life, not the technology in it, stays front and center.
Source

One such device is the Realme 3 Pro, which is now receiving a software update that not only adds support for Digital Wellbeing but also bumps the security patch level to September 2019. The incoming Realme 3 Pro September update also bundles tons of new features and optimizations.

Unveiled in April 2019, the Realme 3 Pro is quite a beefy device. It has a 6.3-inch 1080p LCD panel upfront with a tiny notch at the top to house a 25MP selfie shooter. On the inside, there’s a powerful Snapdragon 710 SoC allied to up to 6/128GB memory, which is more than most people need.

Like any other smartphone released so far this 2019, the Realme 3 Pro runs Android 9 Pie out of the box with Oppos ColorOS on top. Of course, the device is guaranteed to receive an update to Android 10, which includes what is basically Digital Wellbeing 2.0.

According to the official Realme Android 10 roadmap, the Realme 3 Pro will be upgraded to Android 10 in Q1 2020. This is when you can expect to receive Digital Wellbeing 2.0, but before then, how about you get acquainted with the OG version of this digital health monitor?

Arriving as version RMX1851EX_11.A.19, the new Realme 3 Pro September update has more to its than just the latest security patch and the said Digital Wellbeing support.

It weighs 276MB and for its size, it’s hard to believe how loaded the update is. Also included in the firmware is the option to manually lock the device by long-pressing the power button, a new Date and Weather widget, and an optimized lockscreen clock widget design.

Furthermore, the rolling-out Realme 3 Pro September update lets users manually limit the network speed of devices connected to the hotspot, see the data consumed by all tethered devices, see the screen lighting time, swipe left/right to dismiss a notification after receiving the message, and more.

Below is the better look at the full changelog included in the Realme 3 Pro September update:

The Realme 3 Pro September update in India comes a week or so after the Chinese variant got its September patch as well, but the latter’s update wasn’t as feature-packed as what is rolling out in India, so be sure to pick it up once the OTA notification arrives.

Speaking of, OTA updates take time to reach all devices, so be patient in your wait for the Realme 3 Pro September update to arrive. Recently, digital wellbeing has also been pushed to Xiaomi Mi 9T Pro, Redmi Y2/S2, Redmi 6A, Realme 5, and so on.

NOTE: We have more Realme-related coverage in our dedicated Realme section here. 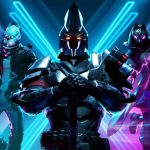