Realme X2 fans, rejoice! The Realme UI (Android 10) update is officially rolling out for the masses. Realme has kept its promise where they claimed that the Realme UI update for the Realme X2 will be pushed in the last week of March.

Although, this was not the case with its elder brother, the Realme X2 Pro, where the device was supposed to get updated with Realme UI (Android 10) update in mid-March, but due to some reasons, the update could not roll out in scheduled time.

However, it seems like Realme fans are fortunate enough to bag the update right on time. The Chinese OEM started the Realme UI beta registration for the Realme X2 back in mid-March and now the stable update is officially released.

Talking about the Realme UI update for the Realme X2, the OTA brings along tons of new features and optimizations for the device and arrives with version number C.05.

Here is the complete changelog of the official update:

Smart Sidebar
• Optimized user interface and improved one-handed operation.
• Optimized Smart Sidebar: Replaced File Console with File Manager; removed OSIE Visual Effect and No Notification Alerts.
• Drag an app out of Smart Sidebar to open it in Split-screen Mode.
• Added two new features: “Assistive Ball Opacity” and “Hide Assistive Ball on Fullscreen App”.
• Optimized the Floating Window feature for more apps.
• Added Bubbles: A bubble is displayed when you open an app in a floating window from the Smart Sidebar. Tap the bubble to collapse or open the app.

Tools
• In Quick Settings or Smart Sidebar, you can open Calculator in a floating window.
• Added the trim feature in Recordings.
• Added the Weather (dynamic) ringtone, which automatically adapts to the current weather.
• Added weather-adaptive animations in Weather.

Battery
• Updated decimals display during charging
To deepen user’s perception of fast charging, it will always be displayed when your phone is charging and the screen is bright.

Readers should note that the Realme X2 was recently served with the March 2020 security update, meaning that the device is already running on the latest security patchset alongside Realme UI (Android 10).

In order to grab the latest Android 10 update, Realme X2 users must be running the latest A.19 version in order to receive this update. Moreover, the update is rolling out in batches, which means that it will take some time in hitting all the units.

Also, the download link is not available as of yet, but we will keep you posted once they are made available for the device.

Realme UI update is now live for the China variants.

Realme has now released the Android 9 Pie rollback package for the Realme X2. Therefore, if for some reason the Android 10 update is causing trouble on your device, you can switch back to Android Pie. For more details along with the download link, head here. 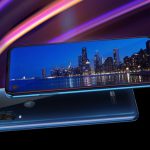