A couple of months back, Realme shared its Android 10 roadmap. According to that, the Realme X2 should receive the newer Android OS by the end of March. Similarly, the X2 pro users should also receive the said update this month itself.

Although there isn’t any specific date for the same, the update for both of these devices is slated for this month. Recently a new software update landed on both these devices. The update brings about the March security patch.

And in the case of Realme X2, there are also some bug fixes along the way. However, the update for both the devices is still based on Android Pie, much to the disappointment of users.

Talking about the update for the Realme X2, it comes with the version number RMX1992EX_11_C.04 and weighs around 622MB in size. Furthermore, it also updates the Android security patch, fixes some known issues and improves system stability. Here’s the complete changelog of this update:

[Audio]
-Increased the volume of the phone

On the other hand, the Realme X2 Pro has also received the March security patch. The update has RMX1931EX_11_C.21 as the version number.

Moreover, for the beta testers, there’s something to cheer about. They have started receiving the Realme UI (Android 10) update on their Realme X2 devices.

However, if you’re not part of the beta testers group, then expect the Android 10 build to land on your devices by the end of March. Along with it, the Realme X2 will also be welcoming a new screen light feature with the update. So stay tuned for the development.

Realme X2 and X2 Pro devices in China are also getting the March security patches now, but with a different changelog. Here’s what the update changelog for Realme X2 (vA.17) reads (translated from Chinese):

And here’s what the March update changelog for Realme X2 Pro says: 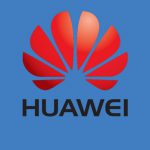