The Realme X2 Realme UI update has been in the beta channels in India for a couple or so weeks now. Matter of fact, the device recently picked up another beta update that moves it closer to the stable version.

Realme is expected to begin rolling out the stable version of the new OS to the Realme X2 this month, but we don’t have a specific date. The company has in the past suggested that the last week of March is when the OS will begin rolling out.

A few days ago, the company announced what it calls the Early Access program. This was meant to hand Realme X2 and Realme X2 Pro owners the chance to grab a front seat on the Realme UI ship ahead of others.

Reports coming in from Indian owners of the device can confirm that indeed, a new OTA update is arriving on the units that successfully got into the Early Access program as version RMX1992EX_11_C.03.

According to Realme, this update isn’t the final version. Apparently, this is the closest it has come to being stable, meaning those who get the new OS will still get another small update on top of this to make it more stable. This update should arrive later this month.

Arriving as v1.2.0.0, the update not only improves the touch control experience of the Realme Buds Air, but also the signal stability. Its an OTA update, meaning it will take some time before all units receive it, so be patient.

Folks in China can now submit their interest to join the Realme UI public beta program on their Realme X2 and X2 Pro units but act fast because the registration window is limited. See the full story here. 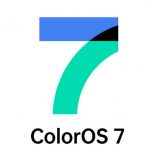