Android 11 is official and now, the real work is with the OEMs who are working on their respective Android 11-based custom skins. We’ve seen great strides from the likes of Samsung with the upcoming One UI 3.0, Realme with Realme UI 2.0 and so on.

For the case of Realme, the company has done good in terms of rolling updates to its devices and if everything goes to plan, Realme UI 2.0 should be ready by end of this year.

With that, a few important questions come to mind. First, which Realme devices are eligible for an update to Android 11-based Realme UI 2.0? Well, we already have a list of eligible devices here.

This list is not conclusive and there are a number of devices that will not get updated to this upcoming release. For those, we’ve seen reports that there are some Realme 2.0 features that will trickle down to them in future updates.

However, it appears as though this is as far as the devices not eligible for an update to Realme UI 2.0 will go.

This, following the confirmation by the team over at Realme that the custom Android skin will not be coming to devices running Android 10.

A. No, realme UI 2.0 comes with lots of new features and these are strictly integrated to the latest Android 11 software.

In the 35th edition of the Realme Community’s weekly FAQ session, Realme confirms that Realme 2.0 features are exclusive to devices running Android 11. With that, all devices that will miss out on an update to Android 11 will also miss out on Realme UI 2.0.

With this report, all hopes for an Android 10-based build of Realme UI 2.0 are out the window. This is a stack contrast from how some other companies like say, Xiaomi, handles its updates. MIUI updates are rolled out, independent of Android versions.

This means that as long as you have the same MIUI version, the underlying Android version doesn’t really matter as it doesn’t affect the featureset.

For a look at some of the features coming to devices eligible for an update to Realme UI 2.0, check out this comparison video with Realme UI 1.0.

Realme’s approach is workable but it is bound to rub some users the wrong way. But hey, at least you’ll still get most of the Realme 2.0 features!

We shall continue to keep an eye on Realme UI 2.0. You might, therefore, want to check out our Realme UI 2.0 (Android 11) tracker. 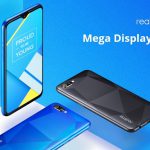