Realme had about a dozen devices to upgrade to Android 10 operating system. For the uninitiated, this is the OS that first brought a taste of the company’s in-house Realme UI skin to various devices.

The Realme 3 Pro and Realme XT, the latter fresh from receiving an Android 11 custom build, got the nod ahead of the rest followed by Realme X and Realme 5 Pro. You can check out our Realme UI 1.0 update tracker to know when other devices got their updates.

Over a year since Android 10 rolled out, Realme C2 users are still waiting for the OS to hit their units. Sure, the Oppo-owned company has already availed the beta version, but none of that matters to regular users.

Calls for Realme to roll out the stable Realme UI update to the C2 have been growing on social media and inside the Realme community. We already knew about the planned September 2020 rollout, but we only have a few days to the end of the month.

And according to reports just coming in, Realme is still determined to push the stable Android 10 update to the C2 as earlier planned, that is, before the end of September.

Looking at the screenshot above, it indeed looks like a chat between a Realme C2 owner and Realme support. But there is no way to independently verify how legit this info is.

To be fair, though, it is about time that the device picked up the stable update to Android 10, you know, just like it had been promised a while back. This looks destined to be the first and only major OS update for this device.

Speaking of major OS updates, Realme is also working on the next iteration of its in-house skin, Realme UI 2.0. As expected, this is based on the latest and greatest from Google, Android 11.

A list of eligible devices is already available here and Realme has also published the official timeline for when each eligible device will receive the first update to Android 11.

As usual, we will keep an eye on the developments around this new update via this tracker, so be sure to check it out from time to time to know if and when your device bags the Realme UI 2.0 update. 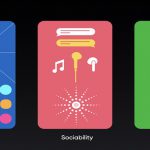