Realme UI 2.0 is a big update for Realme users and they are super excited to get their hands on the latest custom skin.

The OEM released the Realme UI 2.0 (Android 11) preview update for Realme X50 Pro which gave us a rough look at some of the major changes in the upcoming UI update.

However, some third-party app issues present on the Realme UI 2.0 update were also disclosed by Realme along with the acknowledgement of several feature requests.

At the launch event of Realme Narzo 20 series, the OEM revealed the features of Realme UI 2.0 (Android 11) update along with the release date of the stable version.

While an early access rollout roadmap was not revealed officially, avid followers took screenshots of the supposed Realme UI 2.0 update early access roadmap and shared the info on online platforms.

Now, the OEM released an even more detailed roadmap of the Realme UI 2.0 (Android 11) update early access but soon pulled it due to reasons unknown.

It is known that Realme X50 Pro is the very first device to get the early access Realme UI 2.0 update from September 24, 2020.

Moreover, the early access rollout will continue for Realme X, Realme XT, Realme 3 Pro, Realme 5 Pro, and Realme Narzo 20A in the second quarter of 2021.

It must also be noted that these dates are meant for the first round of the early access rollout in India only and all users will receive the Realme UI 2.0 stable update over a period of time. As expected, the Realme X50 Pro will be the first to get it after which the Realme 7 Pro and Narzo 20 will follow.

Since the roadmap was immediately pulled by the OEM, the information given above might be subject to change.

Nevertheless, it remains the most detailed and official timeline of the Realme UI 2.0 early access rollout for the time being.

That said, we will keep tracking this for further development and will provide updates when more information becomes available.

In the meantime, you can find out whether your Realme device(s) will get the Realme UI 2.0 (Android 11) update by going through this list of devices.

Furthermore, you can check out our Realme UI 2.0 (Android 11) update tracker to stay updated on the topic.

IST 12:23 pm: In a new announcement on Realme’s community forum, the company has published the detailed Android 11 Early Access roadmap which it had deleted from Twitter. As expected, the Realme X50 Pro will be the first to get it and the Realme 7 Pro and Narzo 20 are next in line.

IST 01:47 pm: Realme has kick-started the recruitment for Realme UI 2.0 beta testers for the Realme X50 Pro and the Realme X50 Pro Player Edition in China. Selected individuals will get to experience the company’s latest skin soon. More details here. 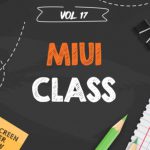