When it comes to the smartphone market, Realme has attained a substantial presence with new devices launching almost every month.

The pool of devices keeps getting bigger for Realme but with a portfolio this big, software developers at the Realme camp need to be industrious.

Realme has been persistent on the software front as a handful of devices have already made the transition to Android 11-based Realme UI 2.0, sticking to the roadmap provided last year.

Ever since then, the company is regularly updating this roadmap with newer devices finding their slots to receive the Android 11-based Realme UI 2.0 update.

The first quarter of 2021 hasn’t ended yet and the OEM has already launched 4 smartphones with Android 10-based Realme UI 1.0 on top.

To incorporate the recent additions in the roadmap, the company recently made amendments to the old schedule and an updated Android 11 roadmap is available now.

Worth noting is that the company is strictly sticking to the roadmap and the Android 11 program for the Realme 7i went live last month.

The rest of the devices are scheduled to get the Android 11 update in the second quarter. First, an early access program is expected to go live and then the stable update.

The company, however, chose not to mention the exact month of the rollout and it remains a question till a piece of new information is floated either by the company’s customer support or by the CEO himself.

But that’s not all. The Narzo 30 Pro 5G and Narzo 30A, having been launched with Android 10, await a similar timeframe for the Android 11 update. We will update it as soon as it goes live.

The stable rollout of Realme UI 2.0 is also expected to hit more devices soon so be sure to follow our dedicated Realme UI 2.0 update tracker to never miss any of the new developments. 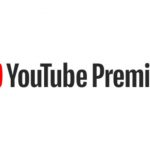