Next month will mark a full year since we saw the official unveiling of Android 10. Already, we have seen a number of key milestones towards the upcoming release of Android 11 slated for sometime next month.

Even as that happens, there are a number of devices that are in line for an update to Android 10 but haven’t been updated yet. One such device is the Realme C2.

The Realme C2 was unveiled back in May 2019 with Android 9 Pie out of the box, skinned with the company’s own ColorOS 6 Lite. This is the first major Android upgrade that the device is slated to get.

About a week ago, we saw the company kick-start the early access program for Realme C2 Android 10 (Realme UI) beta update. Successful applicants for the Beta program were set to receive the initial builds earlier but due to server issues, the rollout was postponed to August 18.

Today, true to the company’s word, a number of early access users are reporting getting updates to Realme UI based on Android 10 on their devices. This latest update comes on build number RMX1945EX_11_C.41 or RMX1941EX_11_C.41 and the size of the update is around 2GB.

As this build is meant for Beta testers, users who aren’t part of the program are strongly advised to stay away and avoid flashing the above-mentioned builds on their units.

If things go according to plan, Android 10-based Realme UI should roll out to all Realme C2 users in stable form sometime in September. We shall continue to keep an eye on this rollout and update as and when we get more details.

The Realme C2 has been pretty well-updated throughout its lifetime. Most recently, we saw the device bag the July 2020 security patch, albeit with a few issues and hiccups that were quickly addressed.

Just yesterday, Realme support has responded to a user’s tweet stating that the stable update of Realme UI for Realme C2 will soon be released and users can register for the Beta program if they want to experience the latest update before others.

We would like to inform you that the stable update of realme UI for realme C2 will soon be released.

Responding to a user’s query regarding the availability of Android 10 for the Realme C2, the company’s support team stated that the update will be pushed to the device by the end of September. More details here.

According to a tweet by the Realme India Support Twitter handle, the Android 10 (Realme UI) update for the Realme C2 is coming soon. This means that the update may begin rolling out in the following weeks. 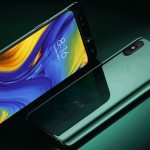